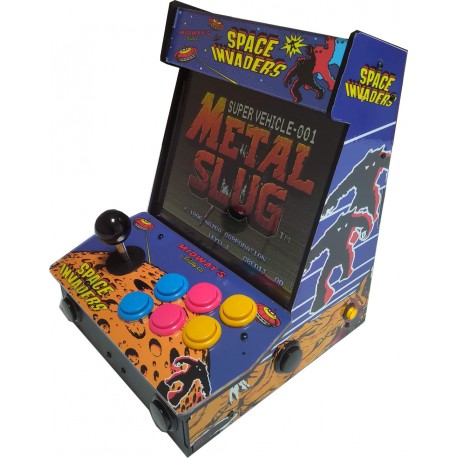 The myArcadeConsole (Cabinet Edition) is a fully customizable console complete with 8 "or 10" monitors.

It is a "homemade" console in an artisanal way with the best components on the market today.

The myArcadeConsole (Cabinet Edition) is a fully customizable console complete with 8 "or 10" monitors.

It is a "homemade" console in an artisanal way with the best components on the market today.

We use the Picade kit from PIMORONI, the best on the market, we assemble it completely, add some accessories, and configure it to be turned on and play immediately.

The heart of the system is made up of two processors: a Raspberry PI 3 that takes care of game processing, a Picade X-Hat card for managing controls and audio, an integrated stereo amplifier.

The joystick is an arcade model exactly identical to those used in the games of the old rooms in the bars, equipped with 12 fully programmable microswitch buttons.

The console is a table-top reproduction of the arcade cabinets that were in the bar or game rooms in the 1980s: equipped with an 8 "or 10" LCD monitor, simply connect it to the electrical outlet and you can play immediately wherever you are. . 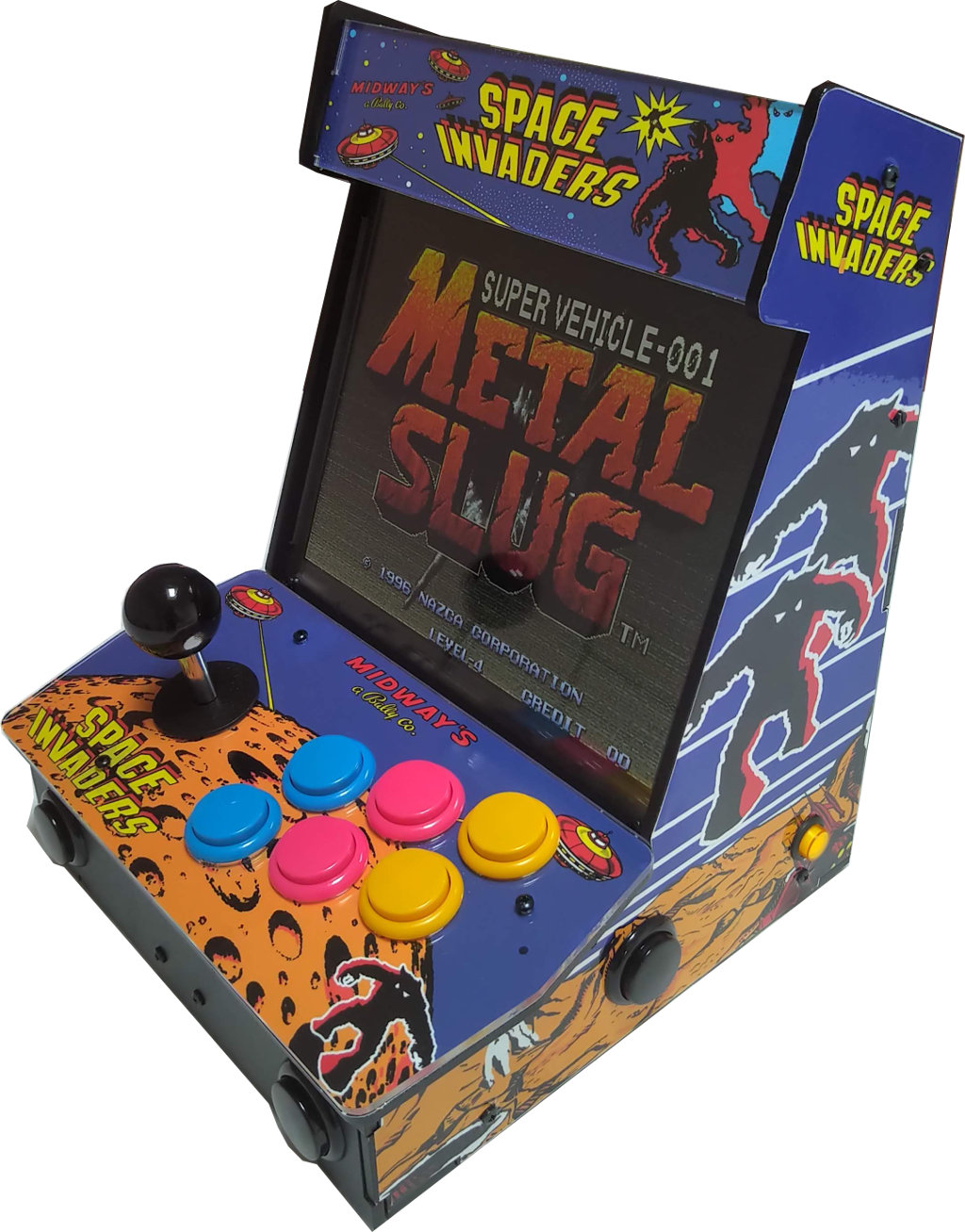 With your console you can play thousands and thousands of games of the past, such as bar games from the 80s (Atari, DataEast, Konami, Midway, Namco, Nintendo, Taito, Williams):

or even games of the most famous consoles, such as:

Click here to see all the supported emulators and some more famous games.

The console is already mounted and ready for use: you only need to insert an SD Card (the size you like) with a version of Retropie installed.

Instructions for installing Retropie can be found in this link:

It is possible to order it either in black MDF (as in the photo below) or with vinyl graphics on the side panels, on the marquee and on the control panel. 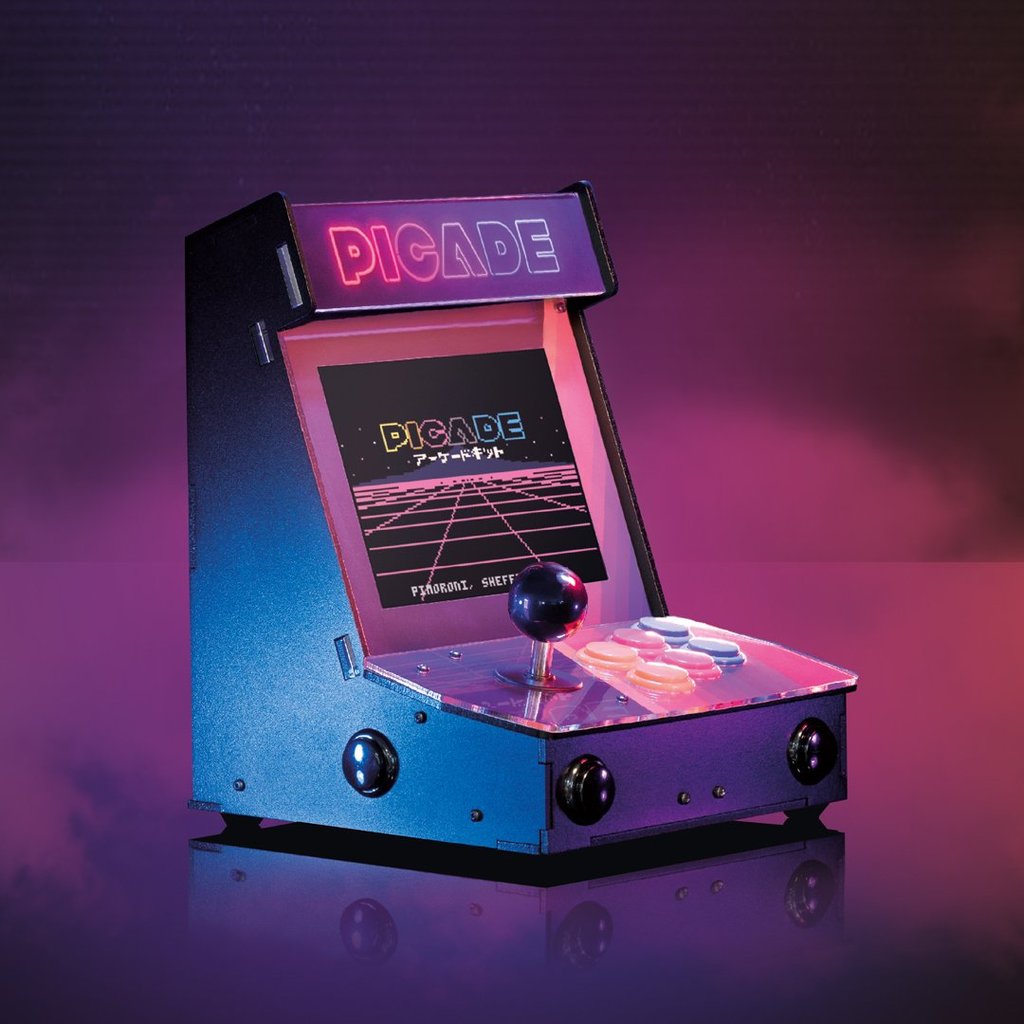 Other games can be found easily on the internet by downloading special HomeBrew ROMs from free sites and copied to the console via a WiFi network connection.

ATTENTION: when downloading a game from the internet to put on the console, remember to check the copy rights! If the game is copyrighted, you must have an original copy of the game to use it.